Are you ready for some fun? Our cool and humorous guest experts have challenged the Hungarian member of the team to find out more about the country’s escape room scene! 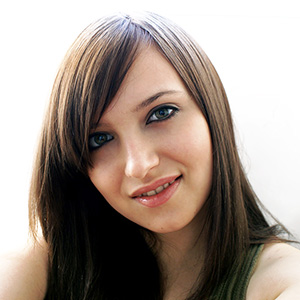 Fruzsina was challenged by our great experts in various ways: some of them approached it in a humorous way, while others came up with some unexpected questions. Our well-prepared experts caught her off guard at times, but it was good fun for sure.

Fruzsina is lucky to live in an escape game-rich environment. When it comes to Hungary, there is no escape game enthusiast out there who hasn’t heard about the country’s amazing escape room scene and the extremely high number of businesses in a relatively small area. Some fly across the pond just to play one of the legendary games in Budapest.

Special thanks to our partners at Escape-Rooms.com who collaborated with us on this series.

Danielle Height: What is the most common theme (immersion) of the rooms in Hungary?

Fruzsina Gyarmaty: As the first generation of escape games started to become more and more popular in Hungary, venues most commonly came up with the idea of Egyptian/Pharaoh themed rooms and bunker-style games. However, in recent years as technical development continued in escape games the most popular are the science fiction themed games.

Danielle Height: What celebrity was born in Canada? A. Keanu Reeves B. Ryan Reynolds C. Ryan Gosling D. All of them E. None of them.

David Spira: Tell us about the most unusual escape rooms you’ve encountered in your country?

Fruzsina Gyarmaty: One of my favourite experiences was in a room where we reversed time and also aging. Starting as elderly people during the game we went through the life stages of a person until we reached the exit as babies.

Scott Monin: Tell us all about the best puzzle that you have seen in any escape room in your country (you know, the one that brings a smile to your face when you think about it).

Fruzsina Gyarmaty: My favourite puzzle is related to an Egyptian themed room. We had to find the sceptres of the pharaoh. One of them was hidden in a well and we had to drain the water to find it. It was one of the best designed puzzles of the game and we had to be really clever to find out how to drain the water without messing up the whole room.

Scott Monin: Australia is known for its many beautiful beaches. If you visited just one beach each day, how long would it take you to visit all of our beaches? A. 1 year; B. 7 years; C. 17 years; D. 27 years; E. 37 years.

Fruzsina Gyarmaty: Would have been cool to answer that quickly…but I had to think for a bit. I would go with…B!

Filios Sazeides: Do you have an escape room business in your country that offers a “kidnapping” service that later delivers people into a room and then they have to escape?

Fruzsina Gyarmaty: Not one that I know of. Filios, I think that’s a really great idea actually! Would be a pretty scary experience to say the least…

Filios Sazeides: You wake up on a deserted island, handcuffed with a key attached to the top of a tree! There is a monkey running along the beach who loves the golden necklace that your grandmother gave you as a present… which is also really valuable! So:

a) Do you give the monkey the necklace and hope he brings you the key?

b) Do you show the monkey the key and hope that he fancies it?

c) Do you try to construct a “tool” that will make you reach the key?

d) Do you attempt to break the handcuffs?

e) Do you ask yourself who placed the key there and search the island to find him/her?

Fruzsina Gyarmaty: Definitely going with option ‘d’ first. If it doesn’t work out, ‘c’ will help me out most probably. Not trusting that little guy.