Los Angeles is an escape room mecca. It’s hard to drive more than ten minutes through the city without finding one, and it seems like owners are trying to cram one into every available space possible.

So it’s no surprise that one has popped up on the very outskirts of the county in Santa Clarita. Arcane Escape Rooms is hard to find if you’re not actively looking for it, since it’s in a very quiet and unassuming business building facing away from the road, all the way up on the third floor. Also, the doors are locked when players are in the rooms, which means the owners can give all of their attention to the people in the rooms but might throw off anyone who arrives early to make sure they’ve found the right place.

The Hideout is quite different from any escape rooms you’ve done before. You’re running away from a dystopian government and arrive at your brother’s hideout, from where you will try to escape to freedom. The game hosts let you know right away that you might need a little more than the two-finger strength that has become the standard in escape rooms, and you’ll know exactly where to use it. Rather than being scared that you’ll break something delicate, you’ll find yourself at points wondering if it was a mistake skipping your last gym workout. 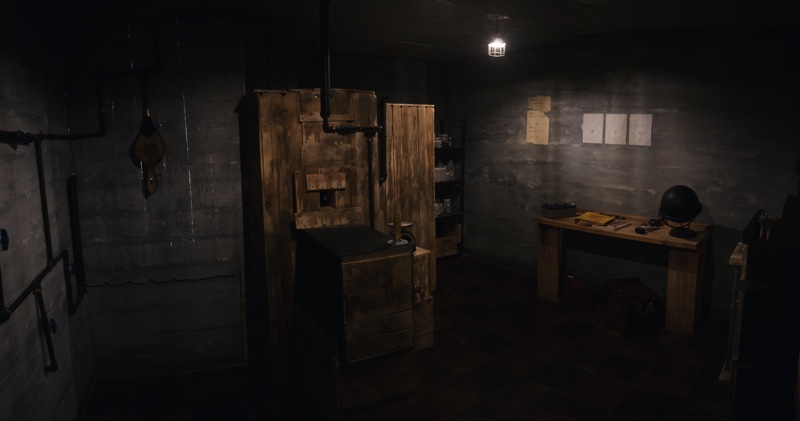 The unique punch of this room stems from the close quarters (the room says that it accommodates up to six, but even five is pushing it) and the complete absence of technology or combination locks. Rather than trying to impress people with magnets, electronics, and a feeling of magical wonder, Arcane has chosen to deviate from the general direction of escape rooms in Los Angeles. And in this competitive industry, being unique is a difficult and risky thing to do.

But oh, Arcane pulls it off with a finesse that belies its old-school, somewhat shabby feel. The escape room was originally based off of a game where you would use unique tools and creative use of the environment to get out of a locked room. And that’s what the Hideout really does: rather than using sleeker, more modern devices, you’ll spend quite a bit of time figuring how to operate some clunky (in the most affectionate sense of the word) devices created specifically for the Hideout and a little more time scrambling to make sense of the clues left by your estranged brother. And all of this happens in a space the general size and space of a tool shed.

Though it may not wow you with the kind of impressive tech that has flooded the escape room market, the Hideout still stands out from the pack. If you can manage the drive to this secluded area of Southern California, you will find a not-so-classic approach to the classic escape room awaiting you on the third floor.