Escape Room In A Box: The Werewolf Experiment

Escape Room In A Box: The Werewolf Experiment

See all "Escape Room In A Box" reviews...
What people say... Leave your rating
Sort by:

ERA was honoured when asked by the game creators of Escape Room In A Box: The Werewolf Experiment to give feedback and provide a review. We were fully aware heading into this that some enthusiasts within the escape room community will struggle with understanding this game isn’t meant to be an escape room. Rather, it is specifically designed to be a party game that people host as an event (much like those popular murder mystery home games from the 1990’s)… The struggle for us wasn’t accepting the unique genre of this game, it was coming to a decision on how to review a game like this! As you can see we’ve modified our scoring criteria to hopefully capture what our reading audience would like to know about this game:

Component Quality: Is the game well made with good quality components and impressive features?

Puzzle Quality: Although it isn’t an escape room, puzzles are still central to the experience. Are the puzzles in this game fun, challenging, interactive, and original?

Immersion: Did we feel immersed, was there an emotional connection to the game, did we feel in character, did the story compel us to know what comes next?

Game Experience: Did this game achieve what people want from a party game? Did it make people interact, did it provide shared laughs, struggles, teamwork, and moments of accomplishment?

So many good questions that could be asked, so let’s forge ahead and give you our impression without any spoilers! Although it seems silly to make mention of this, we really enjoyed the appearance and look of the game box. Our first impression when opening the box was mixed. We weren’t entirely certain what to do, so we just dove into the initial puzzles while bearing with a sometimes awkward learning curve along the way.

The components in our pre-release version of the game aren’t final (we assume), but even still, we couldn’t help but feel a bit disappointed with some of the component choices. On the flip side, most of the props & components were consistently in theme which was nice.

Puzzle quality is where this game really needs a boost. For anyone who has attempted to design a game or adventure that requires a series of puzzles and challenges, you know it’s never as easy as it sounds. At the same time, the puzzles unfortunately compose the bulk of this game and our team felt a little underwhelmed. Will some people still enjoy them? Yes. Will puzzle enthusiasts enjoy them? Probably not. The puzzles noticeably struggled in variety, originality, and teamwork. Again, people who aren’t too finicky will probably enjoy the offerings inside the box, but we had to make mention that players are best advised to adjust their expectations accordingly.

So far it sounds like we’re off to a bit of a rough start so let’s talk about some of the more enjoyable aspects of this game. The immersive experience of this game is decent. There were times when we emotionally connected to what was happening around us, and we did feel a sense of joy from the pressure of time ticking down. What we’d like to see is the immersion taken to a higher level though. Again without giving away any spoilers, we highly recommend participants to dress in appropriate themed attire (lab coats, pocket protectors, thick rimmed glasses…etc) before playing this game. There are a few things the game could have added to help make the experience more immersive, but again, this is easily compensated by the preparations of the party host. One fun and non-intrusive game idea would be for hosts to create a bio sheet for each player complete with a quick background story as to why they’re in the lab.

And last but not least the party game experience! Was this a good party game? Yes! …kinda. If it hasn’t already come through in our review, let it be said again…we were very impressed with the game designers taking upon themselves the difficult task of trying to merge an in-home game night experience with an evening out at an escape room! As such we naturally expected some hesitancy in not wanting to push people down one experiential path or another which is unfortunate. This game has potential to be an excellent party game experience, but we felt it didn’t go far enough in identifying itself as one. We shared some laughs and struggles as a team, but what we really wanted was more interaction and tasks that required people to come together and/or communicate. Again, this game has its moments, but we felt there could have been so much more.

So what are our final thoughts? We talked for hours after playing this game on what we think would be memorable and came up with the following: We liked the box cover and artwork, we felt the component choices and puzzles needed a bit more work, and we somewhat enjoyed the immersion and party game experience. But as always the main question is would we recommend this game and if so, for whom? The answer is seldom easy as the question! Yes we could definitely see some people enjoying this game. Those who do would likely be among those who haven’t been to an escape room so there’s no comparison, and/or those who are easy going about the quality of the game. As a light introduction to the world of puzzle solving with an attached story Escape Room In A Box: The Werewolf Experiment does its job! At the same time, board game, escape room, and puzzle enthusiasts will probably be a bit disappointed unless they adjust their expectations… 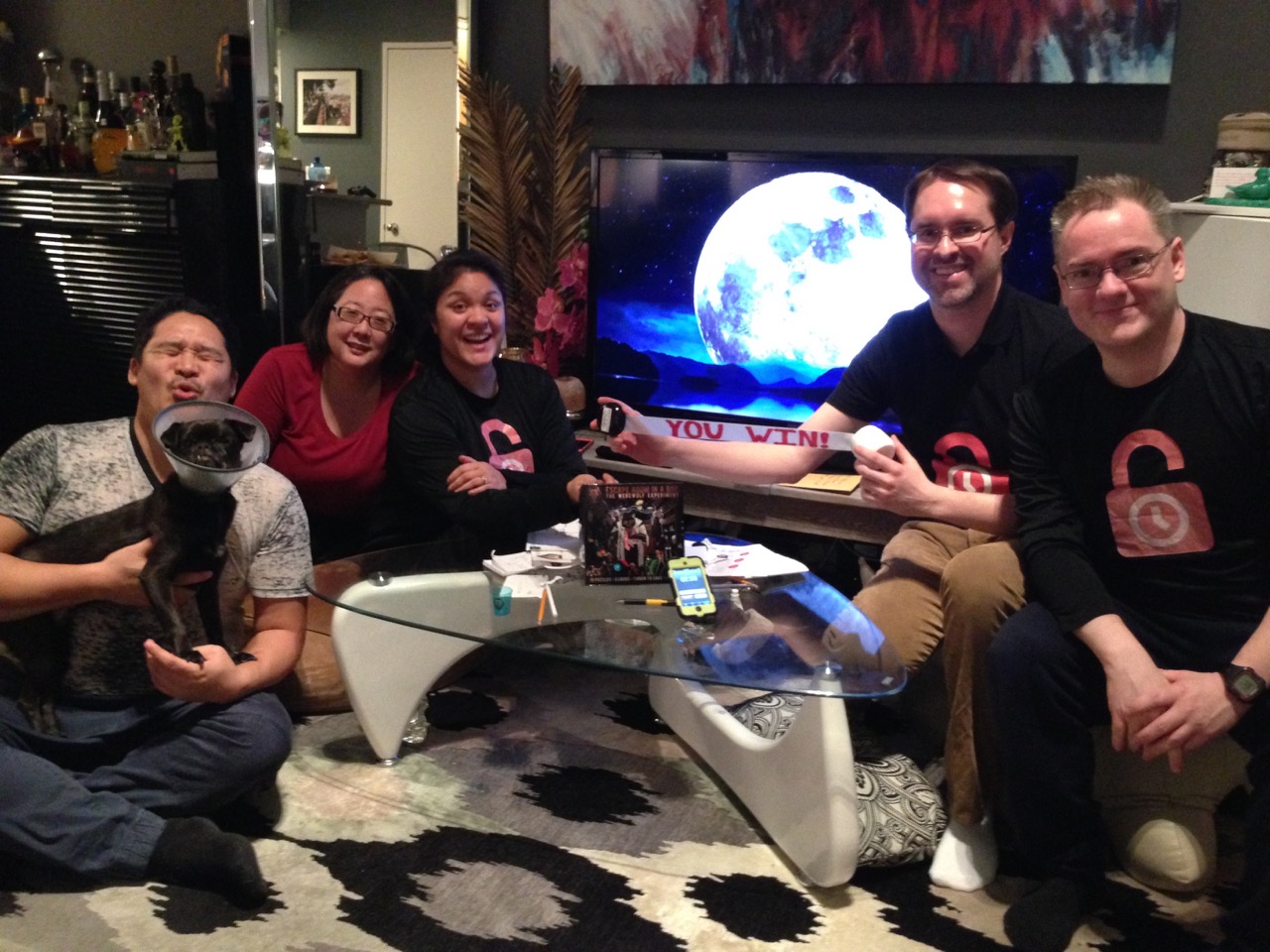